Why do power lights on TVs and computer monitors stay on when the device is powered up? I’ve been scratching my head over this question for quite a while now.

That obnoxious light in the corner of my eye

Granted, these status indicators make perfect sense for showing that the device is in stand-by mode instead of being completely powered down. Then again, most modern TVs and monitors don’t even have a true power switch anymore. Instead of actually disconnecting the device’s circuitry from electrical power, the on/off button just toggles between “stand-by” and “on.” In other words, “stand-by” is “off.” 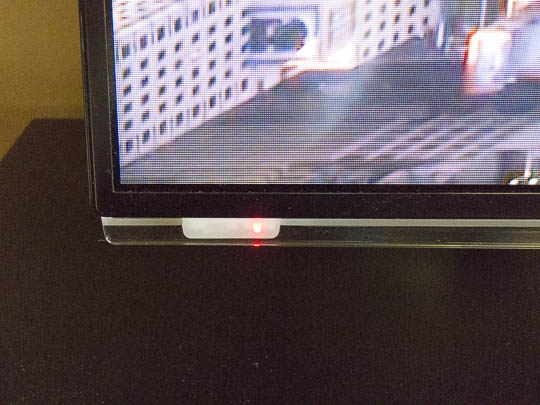 Of course, power lights do provide meaningful feedback, e.g., when the TV is receiving a command from the remote control, while it is powering up (if there’s a delay between switching the device on and the screen lighting up), or if there is a technical issue (as commonly indicated by unique blinking patterns).

Once the device has fully powered up, though, the fact that an image appears on the screen is more than enough feedback. At that point, a continuously glowing power light just does not provide any uniquely useful status information anymore.

These lights do bother me immensely.

When watching a movie, I often find that bright, ruby-red LED very distracting, especially if the movie’s scenery is dark and ominous. I’ve tried to find a way of deactivating the light, but short of ripping the LED out of its socket, I have yet to find a cure.

Screen on, power light off

My external computer monitor has a similar power light, and I find it at least as distracting as the one on the TV — even more so when working at night in a dimly lit studio. In its default configuration, the light glows red when the monitor is in stand-by mode, and blue while it’s switched on. 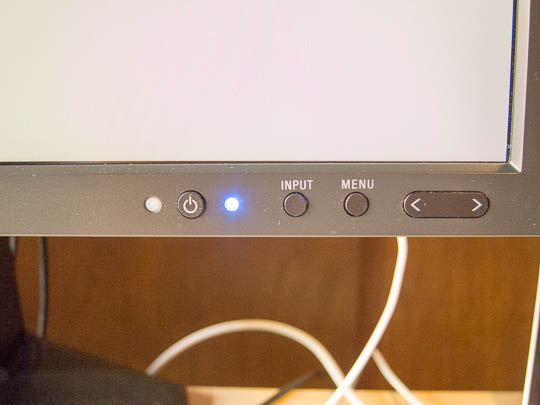 (This monitor also lacks a true power switch, but it does have distinct “off” and “stand-by” modes. When in stand-by, the monitor will automatically light up as soon as it detects an active video signal. This is very handy as the monitor automatically switches the screen on and off when the computer wakes up or goes to sleep, respectively. In the “off” state, the screen always remains dark.)

After some research, I found a pair of promising settings deep in the monitor’s configuration menu. Besides being able to choose a blue and green color for the LED in “on” state (which I find somewhat gratuitous), there is an option for “LED Brightness.” And, yes, you can set the brightness to 0% to fully dim the LED.

As an indication of how much thought the designers invested in the monitor’s behavior, the brightness setting only applies when the monitor is on. When it’s in stand-by, the LED still glows red to help distinguish between “off” and “stand-by.” Great! 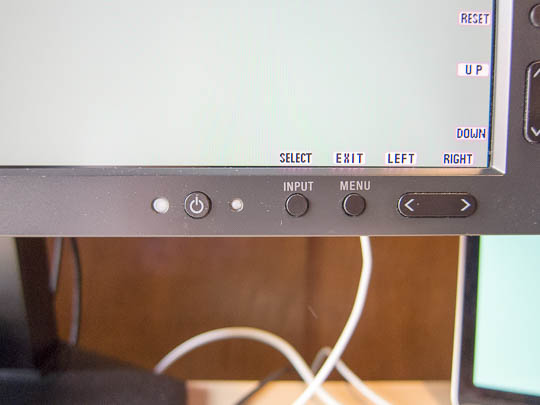 This is the exact behavior that I would love to see for every device that features a video screen: Provide feedback via an LED in response to certain user actions, as well as for indicating device failures — but please allow me to fully dim that light while the device is in standard, error-free operating mode, so I can focus on whatever’s on the screen, instead of what surrounds it.